I have completed my mission.

It's been a while since I gave an update.

As I knew I was coming to the end, for some reason I didn't rush into scanning the last one. Since I have written the last blog post, I have done the following - 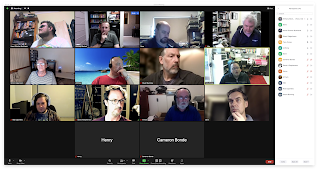 You can watch them here -
https://youtube.com/playlist?list=PLWTG5bavj5zDap_w1k2_yjC5LfAFREDwK

Received a PiTrex and played with it (neat!)

So plenty of retro based stuff that I have not properly documented on a blog like I had hoped.

So finally, Its the 19th of the month and I finally scanned all the damn mags! Today marks the end of the quest to complete this task. Here they are in the box as I received them all. 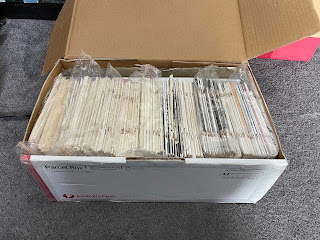 As I read through Vol 14 Issue 1, I really did wonder what happened to this club. As this issue contained the membership renewal form, I imagine that this was the time that Phil decided to NOT renew his membership.

How much longer did this club go on? What happened? I'd like to know. Its possible this was one of the last issues.

Anyway. I am content to say the RetroChallenge did motivate me. I'll be keeping an eye on the next one and maybe I might try something different. I have a hardware project I have put in the too hard basket for a long time I would not mind trying.

Well, it's Thursday. Getting close to the end of my week off work.

Yesterday, I had a mouse around in my shed and found two other Commodore Users Group Newsletters - one issue of Peripheral - the magazine of SYDCOM and CHUG (Sydney Commodore and Commodore Hornsby Users Group). Unfortunately it was a solitary issue, but its now on archive.org. I also found 14 issues of the Forestry Commission of Victoria's in house Commodore 64 Users Group and put them also on Archive.org.

I'll have to keep going in October - I have made great progress by aiming to do 4 a day and have found that target addictive to maintain.

It's been interesting. I have never done a RetroChallenge before but I think the focus that you apple for the challenge can really be a motivator. That being said, I think I set the bar pretty low for me. I am always doing Retrocomputing work but never spend the time documenting what I am doing. I'll try to provide regular updates for at least the rest of the month on my progress in October with whatever else I am doing. Should I find it addictive, I'll attempt to restart my blogging efforts more routinely.

You can find all my contributions here -

Wow. As I read and scan through these magazines, I can really see the promise of the Amiga, the loyal customer base and the overall optimism being destroyed through the comical collapse of Commodore, the protracted sale, the sale to ESCOM, the subsequent collapse and now the optimism of being purchased by VISCorp, followed by the collapse of that sale and then the mantle being passed on to Gateway. Little did the people know at the time that the future under the promise of a seemingly successful company like Gateway was as fraught as the previous owners.

I was a PC user in the mid 1990s - running IBM OS/2 at this point and loving the multitasking and object oriented operating system. Granted, Windows 95 had come out late 1995 - but I was a OS/2 advocate and PC advocate. I could not understand at the time the feelings coming from the Amiga users in the computer club at the time. Reading these magazines I understand now. The frustration of an advanced system developed in the mid 1980s gaining NO traction and floundering under incompetent owners. Almost the same story as IBM's OS/2 really - a fantastic product that the owner didn't know what to do with.

Yesterday you would be pleased to know that the 3rd Commodore 64 was brought back to perfect condition - all keys on the keyboard worked with cleaning of contacts. I also re-capped a Mac 512k and it's happy again.

The first scan today took me the longest. This magazine shows the latest advancement from ESCOM - the Walker. And in the same magazine it announces the sale of Amiga Technologies to VIScorp. This of course was the death of the Walker and really the spiral into the abyss. This issue was also in bad condition but it is readable.

Volume 13, Number 1 - August 1996 - 10:24am - lots of VIScorp propaganda, lots of questions about the future of the platform, rumblings from Dave Haynie and Wolf from phase 5 - it doesn't look rosy.

Thats it for scanning for today. You can find these magazines here : 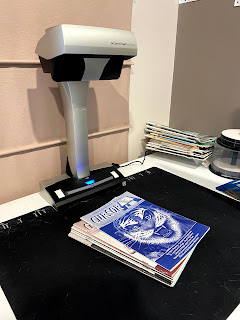 Only 6 magazines left to do!

Weather has been perfect (aka terrible) to encourage scanning.

I have a certain amount of regret regarding this retro challenge. While it has been motivating to have a deadline to get the work done, I am exceeding my target. I regret not reaching further. That being said, I have certainly been busy in the retro space. Yesterday, I went through my Commodore 64 junk pile and brought 3 back to life - resocketing boards, replacing power switches, cleaning and repairing keyboards. This was extremely rewarding as I had considered those computers "parts computers". Two machines are ready to go, one just needs its keyboard cleaned and overhauled - that is todays job after I scan 4 magazines. 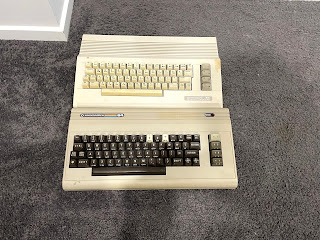 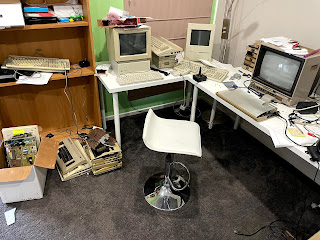 Distracted! I booked a holiday to Queensland in January! Exciting! 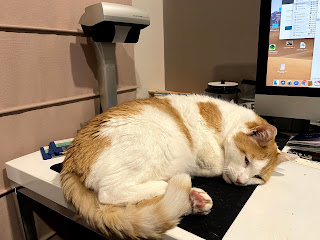 Well, that's it - 4 mags done, now to repair that C64 keyboard and re-cap a couple Macintosh Analog boards!
Only 10 magazines left to scan!
Once again, you can find my uploads here :
https://archive.org/details/@abeckett

Its the first day of my week off work. Its pouring rain and I have spent the morning repairing Commodore 64s. So far, I have one working out of a pile of dead ones. With any luck, I'll get more working today.

Well, that's the update for today. Going along nicely. There are only 14 issues left to scan. I'll hopefully have that done by the end of the week.

Day 2 of the Challenge!

It's a beautiful day in locked down Melbourne! 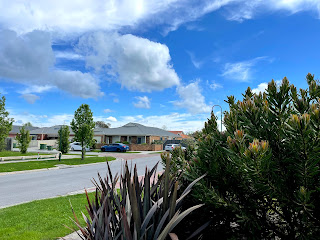 What else would you rather be doing than Scanning? My aim is to get 4 magazines done today and finish Volume 11. 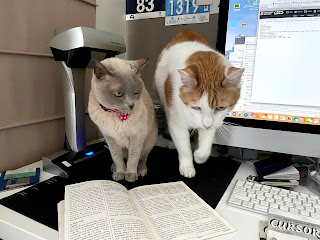 Buttons (left) and Horton (right) certainly know how to get my attention.

Vol 11 No 9 - May 1995 - 12:40pm - really interesting articles about the auction of Commodore, the bidders, the winner (ESCOM) and an interview regarding intentions.

Vol 11 No 11 - July 1995 - 1:31pm - another really interesting article / press conference coverage about ESCOM and the bright future of Commodore. It makes you even more curious as to how the house of cards fell apart. This could have been a fantastic time for the Commodore brand. Lots of dreams, David Haynie speaking about what chipsets might be - and of course they never did. :(

That's it for today! 18 magazines to go! Just Volume 12 and 13 and I am finally done with the motherland.

You can of course follow along and read these issues as I upload them to archive.org here -

Its the 2nd of October - 9:30am in Locked Down "Metropolitan" Melbourne in the Swamps of Koo Wee Rup. I have 9 days of work off - back to work on the 11th. I expect I should be able to smash most if not all of this project over!

I am going to stop there for today. You can find my contributions here :

That means there are only 22 CURSOR magazines left to scan! If I keep this pace up, I should be done by next Sunday! Maybe I could scan or image other software titles...

Here are some video and photo footage of Horton during todays scanning. 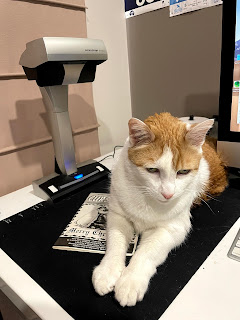 Its very hard to get scanning done when your cat thinks lying on the scanner area is a great way to get attention.
I went for a cup of tea and he scanned himself multiple times. 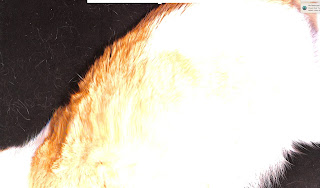 I have completed my mission.

It's been a while since I gave an update. As I knew I was coming to the end, for some reason I didn't rush into scanning the last on...

As Yet Unnamed PC Museum